Dublin Castle is located in the heart of historic Dublin. In fact, the city gets its name from the Black Pool – ‘Dubh Linn’ which was on the site of the present Castle garden.

For more than 700 years, from 1200 until the formation of the Irish Republic in 1922, it was the seat of the English administration in Ireland.  The Castle was originally developed as a medieval fortress under the orders of King John of England. However, following a major fire in 1684, it was decided the Castle to be transformed from a medieval bastion into a Georgian palace. 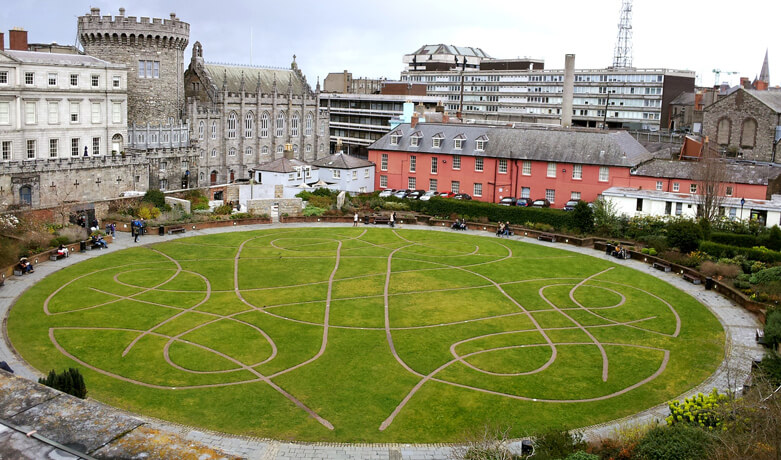 In the early nineteenth century the Castle was enhanced by the addition of the Chapel Royal in the Lower Castle Yard. This magnificent Gothic Revival structure still remains as one of the architectural highlights of Georgian Dublin. Officially, on 16 January 1922, the Dublin Castle was handed over to Michael Collins and the provisional government of the newly-independent Irish state was established. 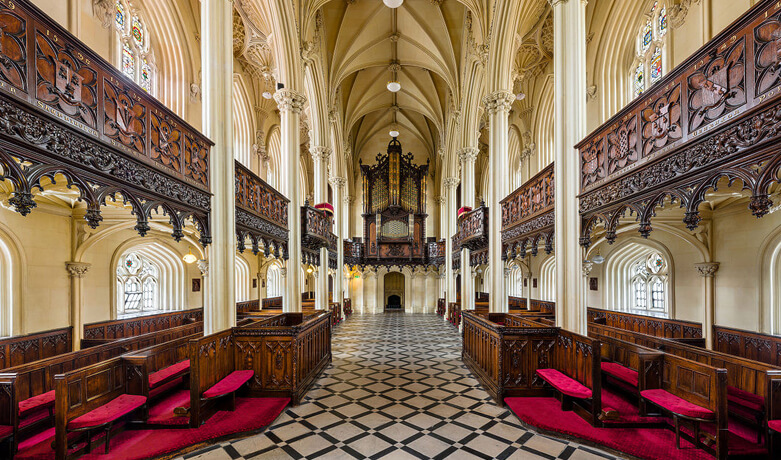 Over the centuries Dublin Castle has been used as a prison, courts of law, treasury, a military fortress and the English Administration seat in Ireland. It has also appeared in many movies including Becoming Jane and The Medallion and was used in the television series The Tudors.

During its lifetime, it played an entertainment center for prominent figures and members of the royalty such as Benjamin Franklin, Queen Victoria, Charles Dickens, Princess Grace of Monaco, John F. Kennedy, Nelson Mandela and Queen Elizabeth II.

Is it worth visiting

There is a small cost to visit the castle but its great value as it includes an underground tour of the Viking built ramparts as well, whereas the Chester Beatty Library is completely free. And there is renewed interest now with the centenary celebrations of the Easter Rising in 1916 as this was where the first casualty, an unarmed constable James O’Brien was shot dead by the Irish Volunteers.

Another treasure is the Silk Road Café which is in the same building, where the wonderful cuisine is inspired by the Far East and it is a great place to eat, or have mint tea, coffee and homemade Turkish delight. Plus, in case you need a unique crash course in Irish history, then this complex of historic buildings from between 930 and 1830 is the right place to visit. 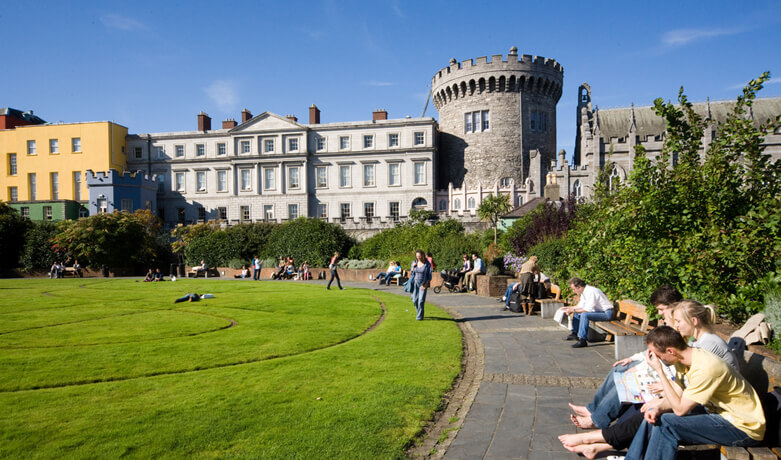 Getting to Dublin Castle

Dublin Castle can be reached by an easy 10-minute walk from Temple Bar or Grafton Street. There are also bus routes that stop just in front of the castle’s street gate or if you don’t feel like walking you can always get a taxi.  You are free to look around Dublin Castle every day of the week from 9:45 – 17:45 and the last admission is 17:15. However, if you want to visit the State Apartments, Undercroft and Chapel Royals, we recommend taking one of their guided tours. Traditional whiskey, pubs and festivals are among the things that make your stay in Dublin a peak pleasure.